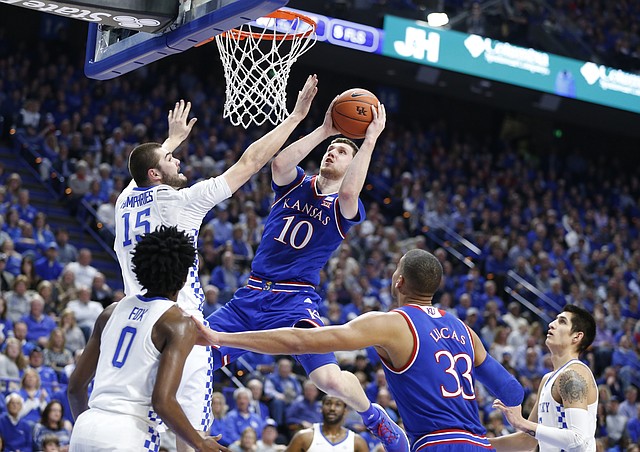 Kansas guard Sviatoslav Mykhailiuk (10) is fouled on the shot by Kentucky forward Isaac Humphries (15) during the first half, Saturday, Jan. 28, 2017 at Rupp Arena in Lexington, Kentucky.

Game day Breakdown: No. 4 KU basketball vs. No. 7 Kentucky

A look at some of the keys for fourth-ranked Kansas in Tuesday night's Champions Classic clash with No. 7 Kentucky in Chicago. By Matt Tait

Less than 18 hours after learning that junior Svi Mykhailiuk would return to Kansas for his senior season, KU basketball coach Bill Self already was thinking about what more the Ukrainian wing could do to help the Jayhawks in 2017-18. By Matt Tait