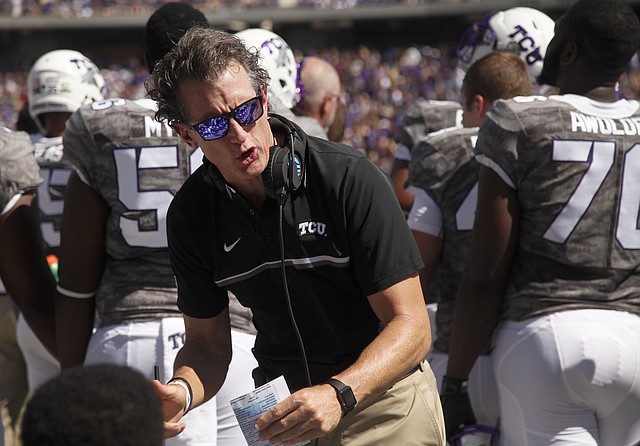 TCU co-offensive coordinator Doug Meacham talks to his players on the sideline in the second half of an NCAA college football game against Iowa State, Saturday, Sept. 17, 2016, in Fort Worth, Texas. TCU won 41-20.

David Beaty’s days of running the Kansas football team’s offense are over. The third-year head coach announced Thursday the hiring of offensive coordinator Doug Meacham, who joins the Jayhawks after working the past three seasons at another Big 12 program, TCU. By Benton Smith