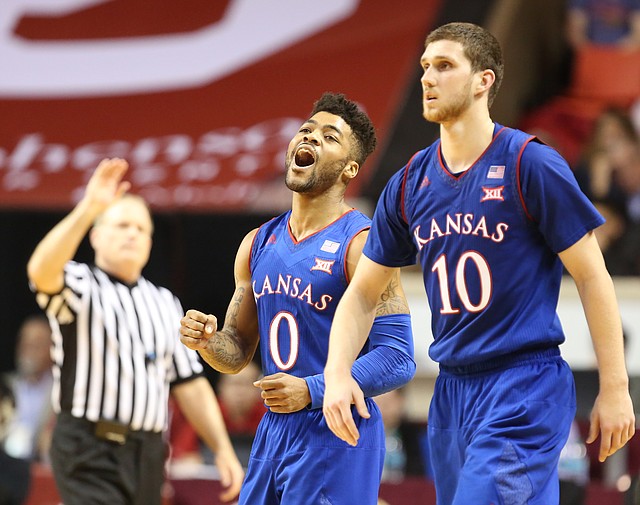 The annual NBA combine is set to begin Tuesday in Chicago, and it figures to be as interesting as any in recent memory for fans of Kansas basketball. By Matt Tait

Gameday Breakdown: No. 2 KU basketball at No. 18 West Virginia

A look at some of the keys for second-ranked Kansas in Tuesday's road showdown with West Virginia. By Matt Tait

Seldom does a college basketball player dominate a quarter of a game the way Kansas senior guard Frank Mason did Tuesday night to rally the Jayhawks to an 81-70 victory at Oklahoma.

The words KU coach Bill Self heaped upon Kansas guard Frank Mason following Tuesday’s 81-70 victory over Oklahoma sure carried a lot of weight. By Matt Tait