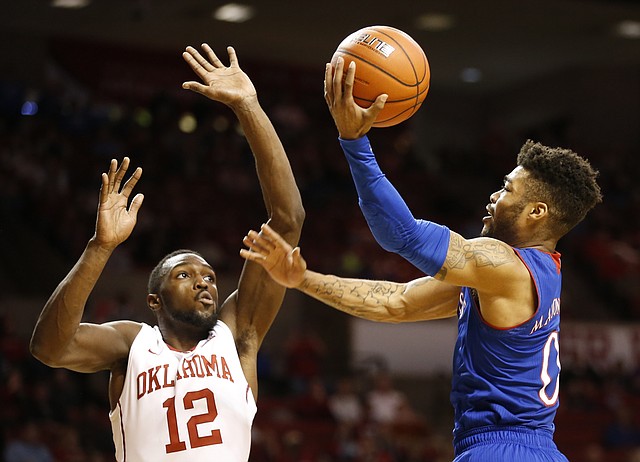 Kansas guard Frank Mason III (0) goes up to the bucket against Oklahoma forward Khadeem Lattin (12) during the second half, Tuesday, Jan. 10, 2017 at Lloyd Noble Center in Norman, Okla.

The exclamation point on a ferocious Kansas comeback Tuesday night at Lloyd Noble Center against Oklahoma came with 7:47 to play, the perfect time on the game clock to describe the way KU freshman Josh Jackson soared through the sky. By Matt Tait