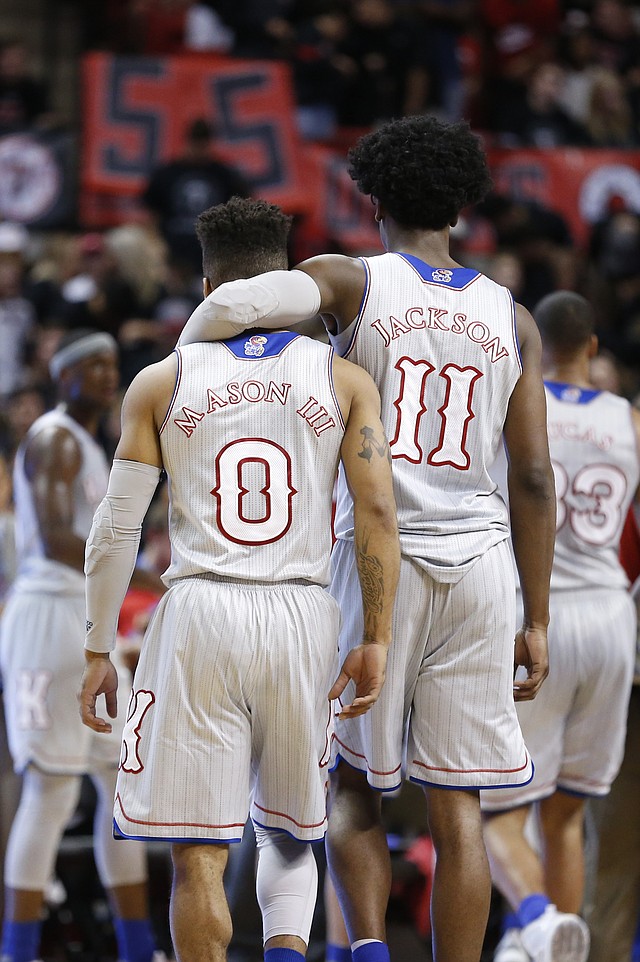 Kansas guard Josh Jackson (11) puts his arm around teammate Frank Mason III (0) during a timeout in the first half, Saturday, Feb. 11, 2017 at United Supermarkets Arena in Lubbock, Texas.

KU senior Frank Mason III and freshman Josh Jackson were two of 10 players named semifinalists for this year’s James A. Naismith Award, given annually to the nation’s most outstanding college basketball player.

Senior leader Frank Mason III can’t carry the offensive load every game for Kansas. So his freshman teammate Josh Jackson came through with his best Mason impersonation Saturday afternoon at Texas Tech, in an 80-79 KU road win. By Benton Smith