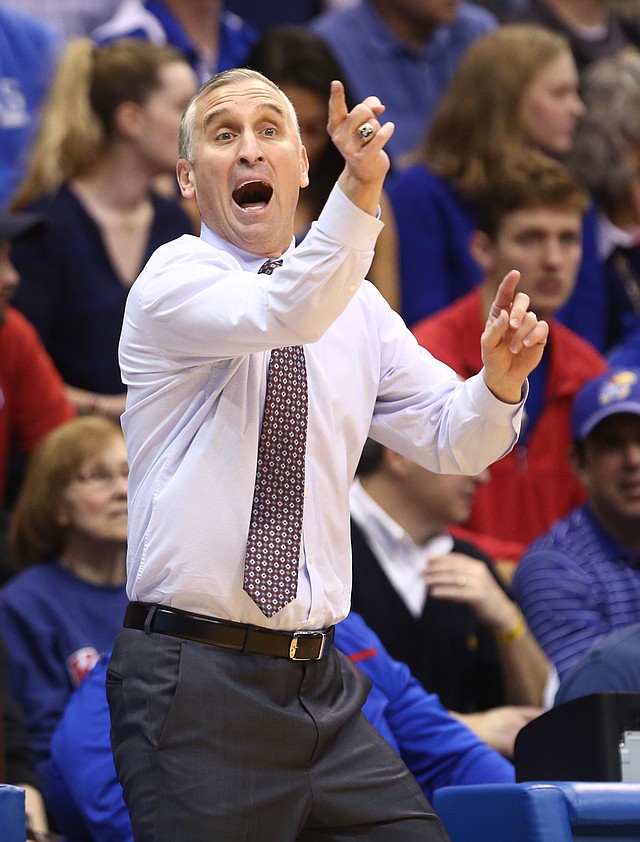 Arizona State head coach Bobby Hurley gets animated after a call against the Sun Devils during the first half, Sunday, Dec. 10, 2017 at Allen Fieldhouse.

No. 18 Arizona State aiming for eye-opening win over top-ranked Kansas

It’s been since 1981 and has only happened once in school history. Suffice it to say, beating — or even just playing — the No. 1 ranked college basketball team in the country does not happen all that often around the Arizona State campus. But that’s exactly what the 18th-ranked Sun Devils (8-2) will get an opportunity to do at 8 p.m. Saturday night, when top-ranked and unbeaten Kansas (10-0) comes to town for a Top 20 clash at Wells Fargo Arena. By Matt Tait