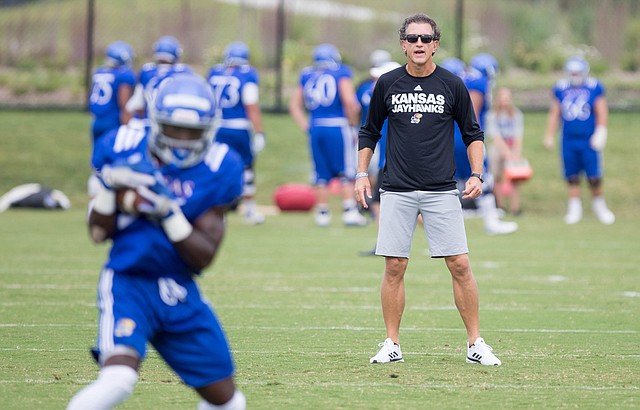 With his Kansas football team 0-3 in the Big 12 following a 2-1 start during the less challenging nonconference portion of the schedule, head coach David Beaty decided this past Wednesday, during the Jayhawks’ bye week, to fire offensive coordinator Doug Meacham. By Benton Smith

Although the Kansas football team is nearing the completion of its fourth week of preseason practices, the Jayhawks’ first-year offensive coordinator, Doug Meacham, didn’t want to start any specific game-planning for the season-opener versus Southeast Missouri State until this stage. By Benton Smith