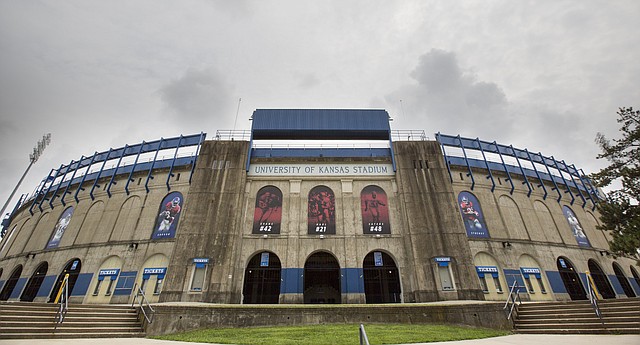 NCAA football oversight committee asks Board of Governors for patience

The NCAA football oversight committee is asking the association’s Board of Governors to avoid making a decision soon on whether to conduct fall championships as college sports tries to find a path to play through the pandemic.

A neighborhood group will be formed to provide input on the design of the new indoor practice facility for the University of Kansas football team.