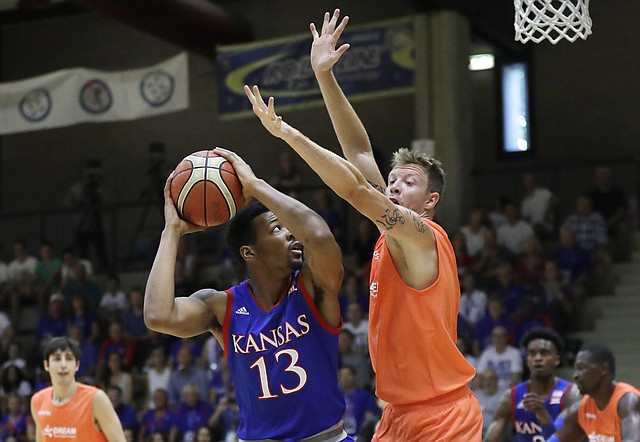 Kansas wing K.J. Lawson looks to make a post move in an exhibition game between KU and Italy All Star A2, in Seregno, near Milan, Italy, Sunday, Aug. 6, 2017.

With their red-shirt year now behind them, Memphis transfers Dedric and K.J. Lawson have jumped in feet first to their first official season as Jayhawks. But just because it was Dedric who drew most of the attention and praise during the Lawson’s red-shirt season does not mean that K.J. is merely here as an afterthought. By Matt Tait