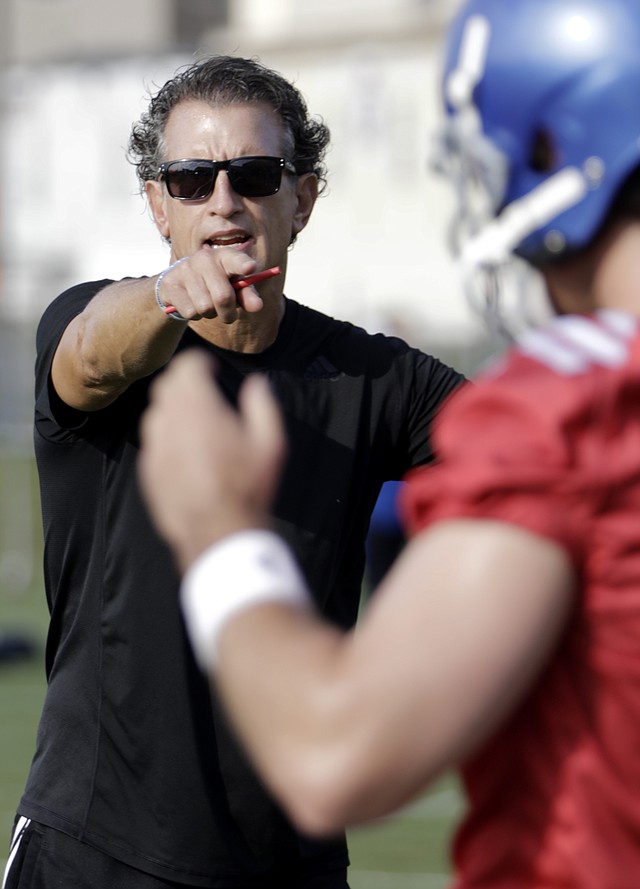 TCU files to be removed from former WR's lawsuit

According to the Star-Telegram, TCU filed a motion for the university to be removed from a lawsuit that claimed head football coach Gary Patterson and some of his assistant coaches harassed former receiver Kolby Listenbee into returning from an injury too soon. TCU countered that Listenbee’s lawsuit — which named then-TCU co-offensive coordinator Doug Meacham, now offensive coordinator and receivers coach at Kansas — should not include the university. By Benton Smith

It takes more than a stopwatch to determine who would make the best fireman to run into a building when everybody else is running out of it.

Coaching is all about assessing the personnel you have and figuring out how to bring out the best in it. It’s not about trying to make the athletes fit the preferred style of the coach.

While observing the ongoing quarterback competition between junior transfer Peyton Bender and redshirt sophomore Carter Stanley, Kansas offensive coordinator Doug Meacham has gone on record saying he doesn’t care if the Jayhawks wait until kickoff of the Sept. 2 opener to announce a starter. Meacham had no update on the timetable while speaking with media Monday, but said the lengthy battle has benefited both Bender and Stanley. By Benton Smith