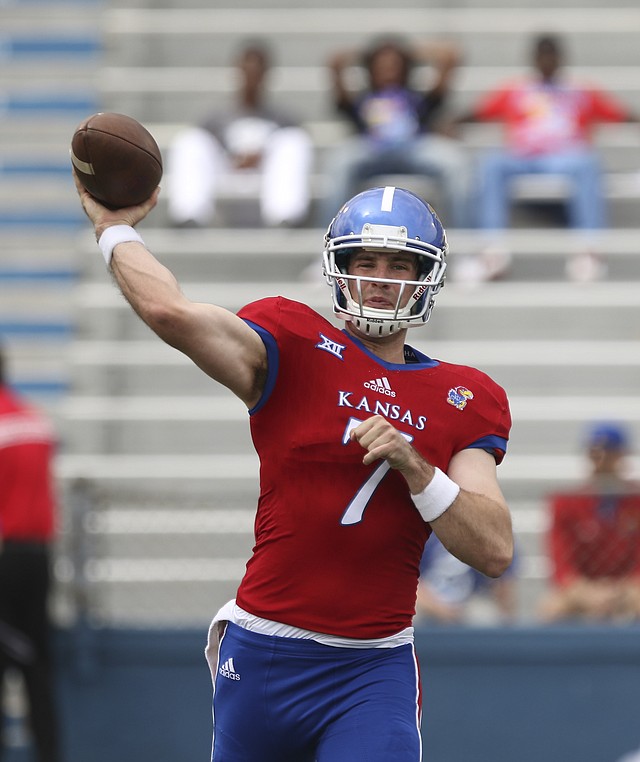 With the opening Saturday of the Kansas football season now less than a week away, either Peyton Bender or Carter Stanley will soon find out he will start at quarterback for the Jayhawks against Southeast Missouri State. By Benton Smith

Jayhawks expect QB Peyton Bender to come 'out of his shell'

Upon spending 15 spring practices and many more unofficial, player-organized sessions with new Kansas quarterback Peyton Bender, receiver Steven Sims Jr. caught enough balls from the former Washington State QB to know Bender had the type of arm the Jayhawks’ Air Raid offense needed. It left Sims eager to see how the possible starting quarterback would handle some other intangibles that come with that position. By Benton Smith