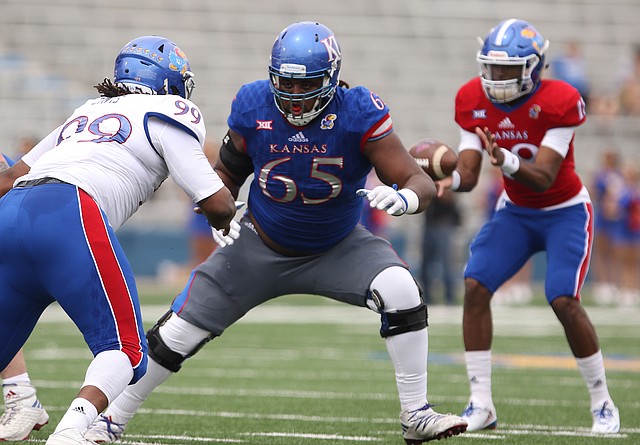 Former Kansas offensive lineman Jayson Rhodes will play one final college football game on Sunday, when he hopes to showcase his abilities at the Tropical Bowl, in Daytona Beach, Fla.

Throughout his first two years coaching the Kansas football team’s offensive linemen, assistant coach Zach Yenser often found himself mixing and matching players at various positions. Sometimes curiosity sparked his tinkering, but often it was fueled by necessity. During recently completed March and April offseason practices, though, the third-year KU assistant got to take a different approach. By Benton Smith