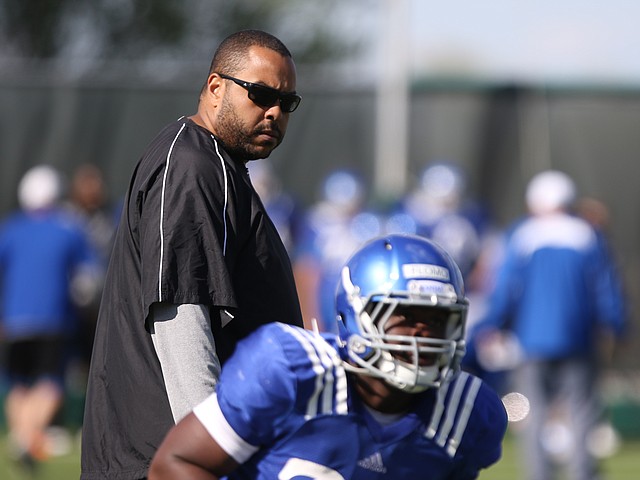 Running backs coach Tony Hull said three factors led to his decision to accept Les Miles' offer to keep him on board with KU football. By Benton Smith