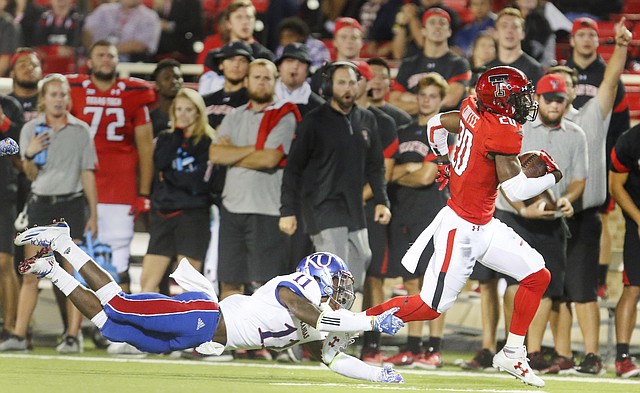 Even before the Kansas football team went into its bye week, there was plenty of familiarity with Texas Tech quarterback Nic Shimonek. By Bobby Nightengale

As many likely expected, the University of Kansas football team couldn’t put together nearly enough stops on defense or scores on offense to keep pace with Texas Tech in a 55-19 defeat Thursday night at Jones AT & T Stadium. By Benton Smith