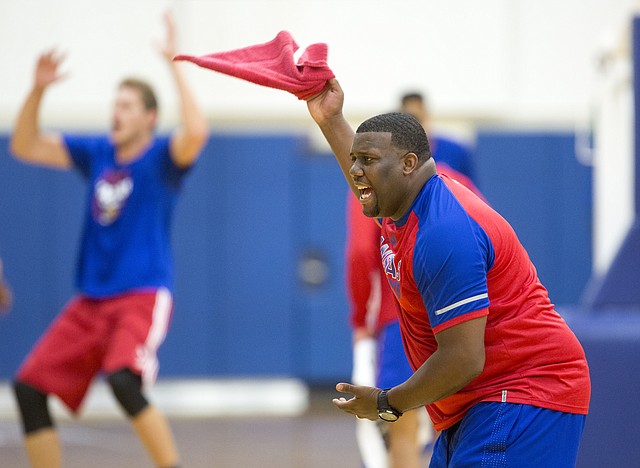 Assistant coach Jerrance Howard waves a towel as he signals movement from a player during Boot Camp in the practice gym on Friday, Sept. 23, 2016 just after 6 a.m.

When Game 1 of the NBA Finals tips off in Oakland, Calif., on Thursday night, Kansas basketball assistant Jerrance Howard will be one of the few people in the building torn between the two teams. By Matt Tait