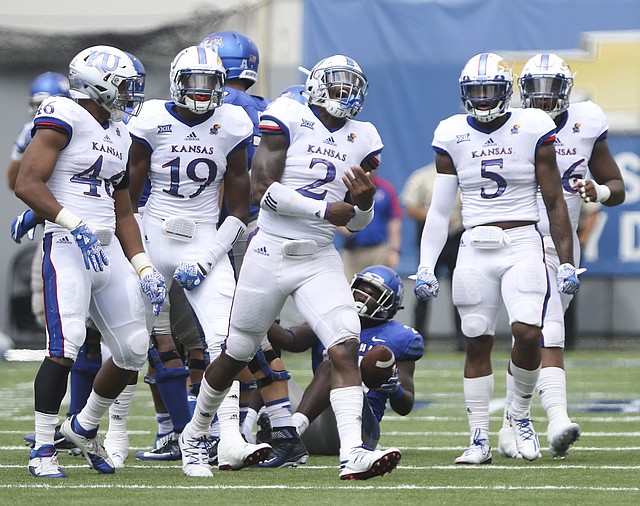 It’s not the job of an athlete to care about what others deem possible or impossible in his or her sport. Nor is an athlete required to base personal or team goals solely off of recent history. All of which is helpful to keep in mind while considering this: football players at the University of Kansas have bowl game aspirations. As in this year. By Benton Smith

he Big 12 is no place to break in a defensive backfield, but in years that it’s necessary, it helps to have a disruptive pass rush and Kansas is certain to have that.

Dorance Armstrong Jr. hasn’t thought about the particular preseason rep in months. Still, the sophomore defensive end remembers it well. “The moment I did it, I didn’t know what to think,” KU’s star defensive end recalled. “I was scared.” So were his teammates and the Kansas staff. By Benton Smith

Neither health nor production has ever seemed like an issue for Kansas sophomore defensive end Dorance Armstrong Jr. this season. But head coach David Beaty revealed this week the defense’s sack-master partially tore his right anterior cruciate ligament on the first day of preseason camp. By Benton Smith