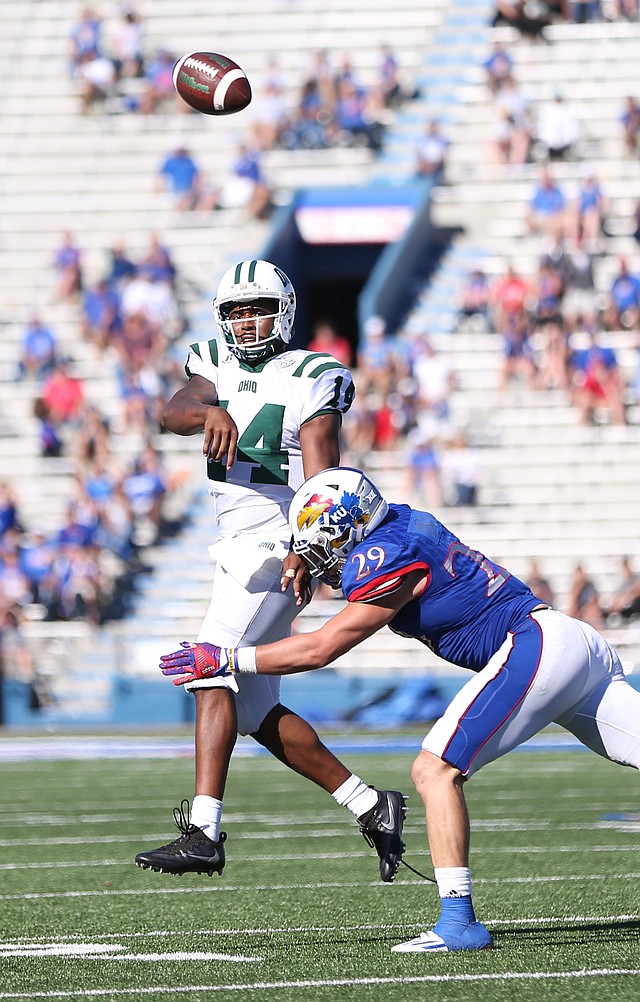 “I decided it’s go-time. Time to dye this thing in, get ready to go,” Joe Dineen said of rocking a mustache for Kansas football's preseason camp. By Benton Smith

The statistics say Joe Dineen had a productive sophomore season, but he’s serious enough about becoming a better football player than to let numbers tell the story.

For all the havoc expected to be produced by the Kansas football team’s defensive line this coming fall, move a level back on the Jayhawks’ defense and you’ll find a less heralded unit accompanied by more reservations then presumptions. Not one senior will play linebacker for KU in 2017. Nevertheless, redshirt junior Joe Dineen thinks the group is up for the challenge of supporting the defensive studs who play in front of them. By Benton Smith

Joe Dineen has missed every snap for Kansas since a hamstring injury forced him to walk off the field in the first of a Sept. 17 loss at Memphis. David Beaty said the would-be starting linebacker isn't expected to play for the fourth consecutive game Saturday, and it’s nearly reached a point where the staff isn't sure if the team captain will make another appearance this season. By Benton Smith