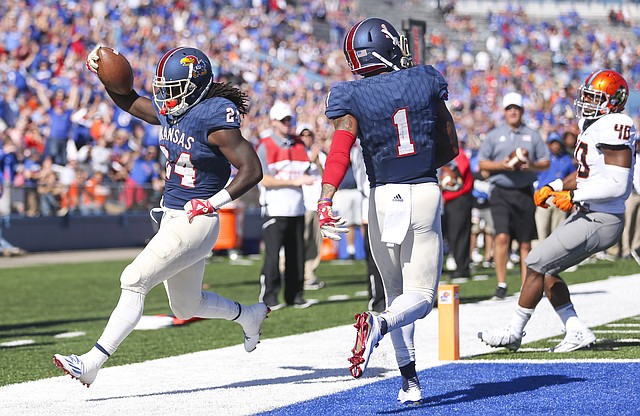 Less than four weeks away from his team’s season-opener, Kansas football coach David Beaty might not be able to characterize any of his team’s running backs as a definitive No. 1 option on the depth chart. But as far as Beaty is concerned, the offense would be better off with more than one featured back. By Benton Smith

Get the keys for Kansas football as the Jayhawks travel to take on No. 14 West Virginia. By Benton Smith