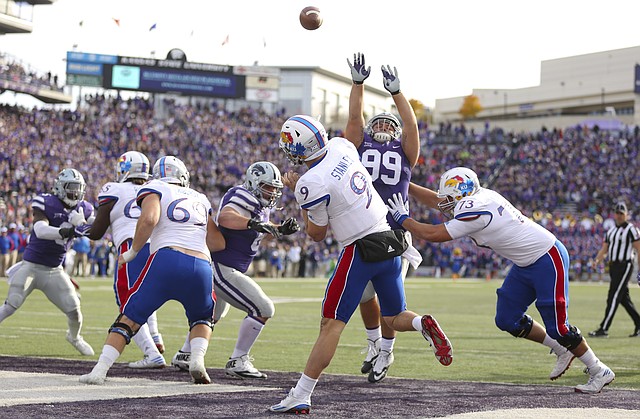 Ask David Beaty about new quarterback Peyton Bender this spring and odds are the Kansas football head coach won’t fire off too many words in response without bringing up returning QB Carter Stanley. Or vice versa. By Benton Smith