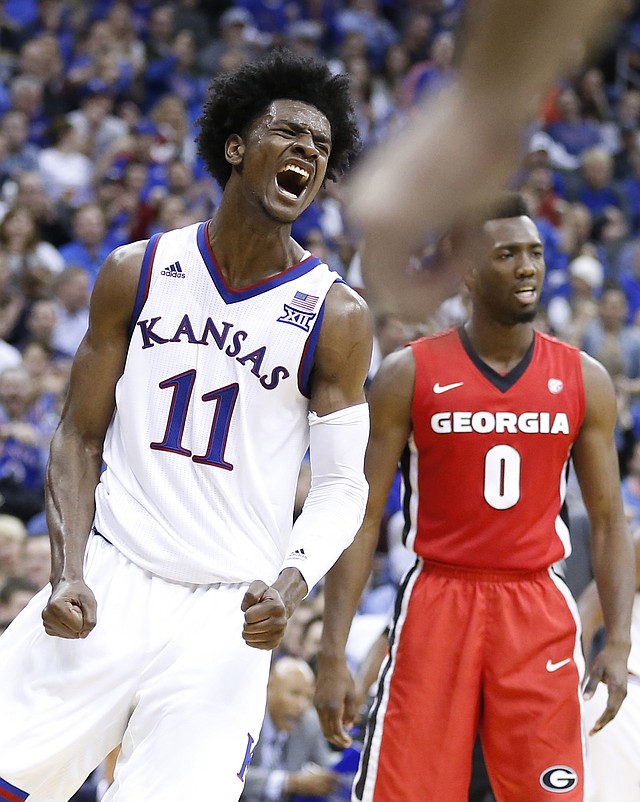 Kansas guard Josh Jackson (11) goes wild after a dunk during the second half, Tuesday, Nov. 22, 2016 during the championship game of the CBE Classic at Sprint Center.

One game is all the stands between Kansas freshman Josh Jackson and a return to some of his favorite haunts in the world. By Matt Tait

Kansas basketball coach Bill Self will be the first to tell you that having a 6-foot-8, wildly athletic and ultra-versatile player to experiment with during the 2016-17 season already has been an absolute joy. By Matt Tait

This Kansas team, at least through five games, appears as if it will go as Frank Mason III, Devonté Graham and Josh Jackson go on most nights. Luckily for the Jayhawks, that trio went very well on Tuesday during a late-tip, 65-54 victory over Georgia in the CBE Hall of Fame Classic championship game at Sprint Center. By Matt Tait