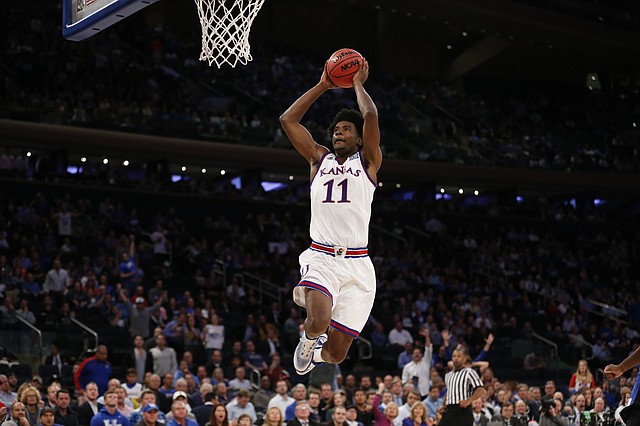 Foul trouble again tried to steal Kansas freshman Josh Jackson from the spotlight on Tuesday night. But after a slow and uncertain start to the Champions Classic clash with No. 1 Duke at Madison Square Garden, Jackson refused to allow that to happen.By Matt Tait