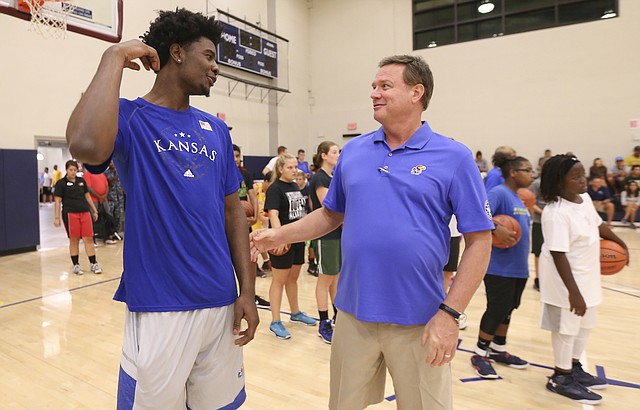 Kansas guard Josh Jackson jokes around with head coach Bill Self during a kid's clinic on Wednesday, Nov. 9, 2016 at the Joint Base Pearl Harbor-Hickam fitness center in Honolulu, Hawaii.

For the first time, Kansas basketball on Friday morning became linked to the FBI's investigation into widespread corruption in college basketball. By Matt Tait

A look at the traits that make Bill Self and Josh Jackson winners.