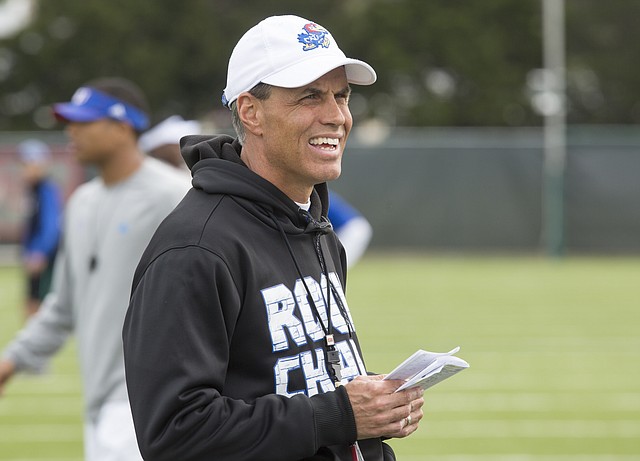 Kansas football coach David Beaty has an opening on his staff less than two weeks before the start of spring practices. After spending two years coaching KU’s linebackers, Todd Bradford is leaving the program. By Benton Smith

An only child, new Kansas University linebackers coach Todd Bradford felt needed at home by both parents, the cancer patient and the caretaker, so he put his career on hold.