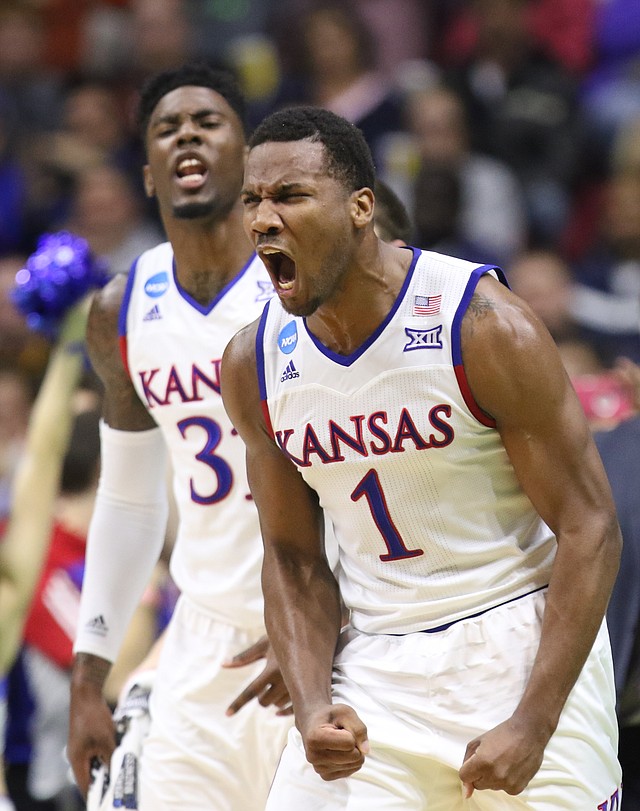 On to the next round: Jayhawks show 'swag' in tourney win over UConn

Devonté Graham raced full speed downcourt, and after passing Kansas University’s bench, cupped the basketball and lobbed it in the direction of Wayne Selden, Jr., whose acrobatic one-handed flush with 1:31 left proved to be the exclamation point in the Jayhawks’ 73-61 second-round NCAA South Regional victory over UConn on Saturday night in Wells Fargo Arena. By Gary Bedore