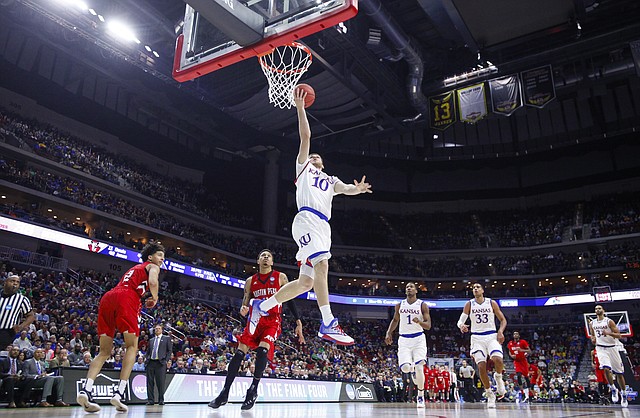 Is point in Svi’s future? ‘I don’t think so’

Sviatoslav Mykhailiuk, who played some point guard in practice this season and also worked as emergency/experimental lead guard in a game or two, was asked last weekend in Louisville, Ky., if he might become a true combo guard if he decides to stay for a third season at Kansas University. By Gary Bedore

All week, during their preparation for a first-round matchup with No. 1 overall seed Kansas University in the NCAA Tournament, the Austin Peay Governors focused on names like Ellis, Selden, Mason and Graham. And then a guy who entered the tournament as the Jayhawks’ fifth-leading scorer at 5.7 points per game in an average of 13 minutes, checked in early in the first half and blew up their plans. By Matt Tait