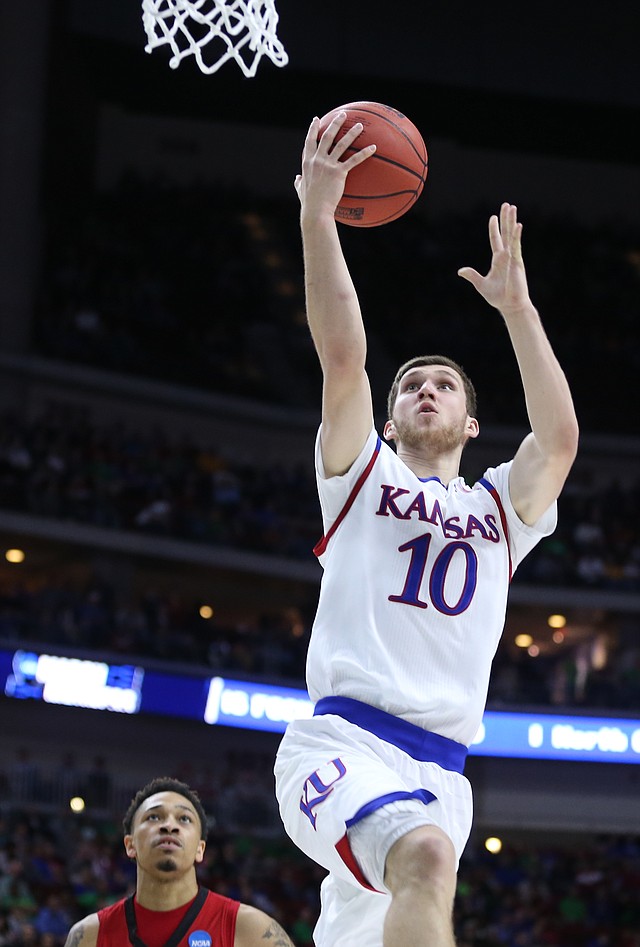 Kansas guard Sviatoslav Mykhailiuk (10) gets to the bucket past Austin Peay guard Khalil Davis during the second half, Thursday, March 17, 2016 at Wells Fargo Arena in Des Moines, Iowa.