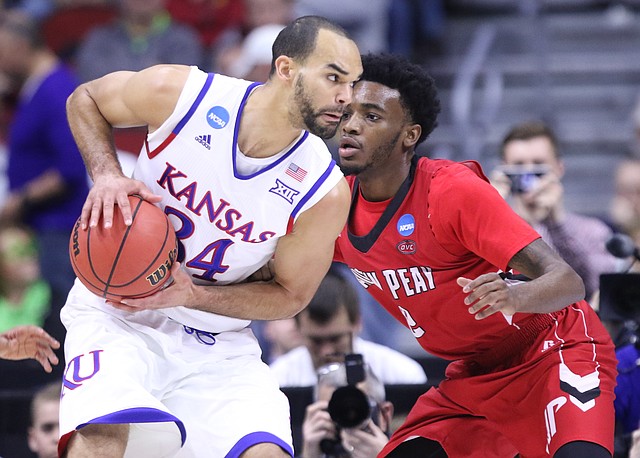 Perry Ellis injured early, Self Made suffers lopsided loss in opening round of TBT

Self Made was forced to face reality within the first minute of this year’s TBT tournament. Despite being a No. 3 seed, and the ninth-ranked squad in the entire field, the Kansas alumni team never led in an eventual 87-63 loss to sixth-seeded Sideline Cancer during the opening round of the TBT tournament Thursday night at Wichita State’s Koch Arena. It was an abrupt ending during Self Made’s first year in the event.

With the NBA Draft less than a month away and the decisions about who’s staying in and who’s returning to school in the rearview mirror, the picture for the four former Kansas University basketball players eligible for this year’s draft is becoming clearer. By Matt Tait