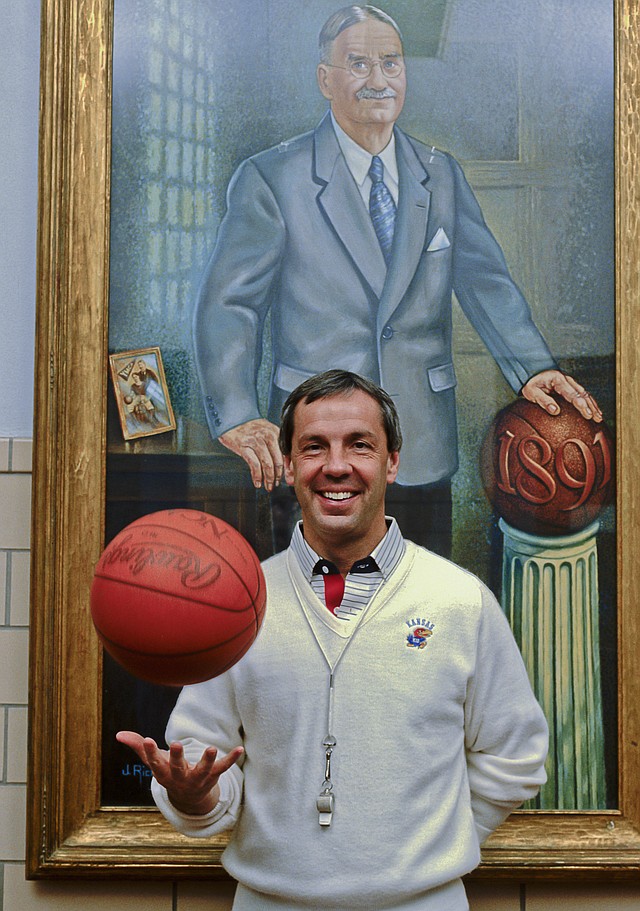 1989-90 — Back in the Big Dance after serving a one-year probation from the Larry Brown era, the Jayhawks began a stretch of 27 consecutive NCAA Tournament appearances under little-known head coach Roy Williams. Led by senior guard Kevin Pritchard (14.5 ppg) and junior forward Mark Randall (13.5 ppg), the 2nd-seeded Jayhawks finished 30-5 but lost in the second round of the tournament to UCLA.