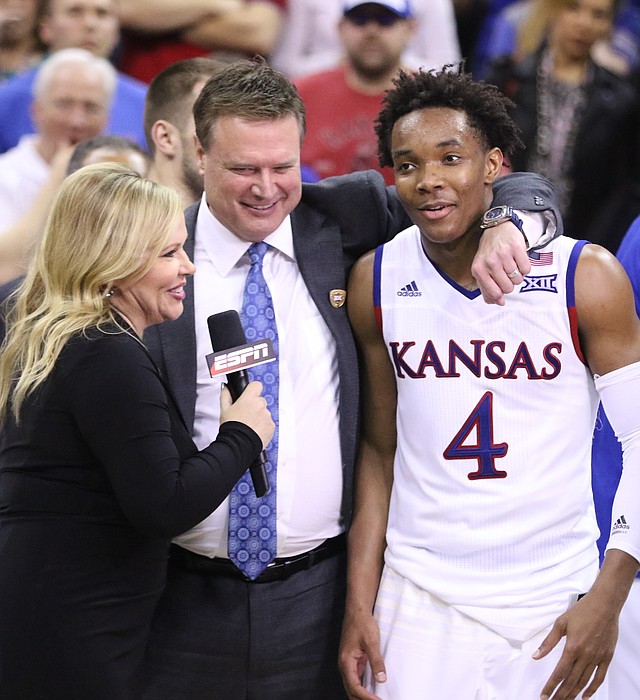 Name dropping: Self surprised at teams in South Regional

The 2016 NCAA South Regional field of teams looked as tough to Kansas University basketball coach Bill Self on Monday as it did upon first glance Sunday night. By Gary Bedore

Behind a huge game from sophomore guard Devonte' Graham, the Kansas University men's basketball team claimed the Big 12 championship title with a 81-71 victory over West Virginia at Sprint Center. By Matt Tait