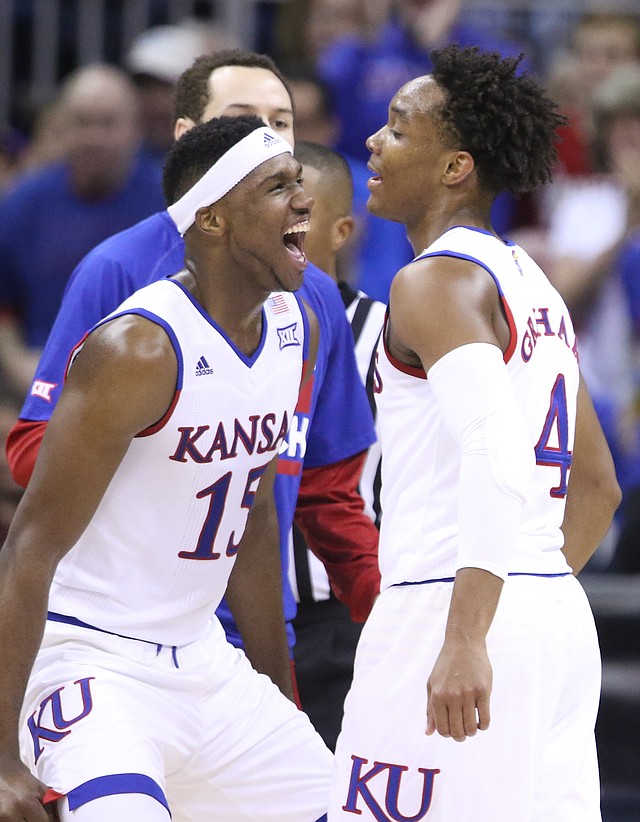 Jayhawks debut at No. 2 in preseason coaches poll

As usual, college basketball’s coaches have a lot of respect for Bill Self’s Kansas team this year. In fact, those polled by USA Today enter the season thinking more highly of only one other team in the nation.

Three teams that participated in the 2016 NIT, including tourney champion George Washington University, will join Kansas University in the 2016 CBE Hall of Fame Classic, Nov. 21-22, in Sprint Center, the National Association of Basketball Coaches announced Tuesday. By Gary Bedore

College basketball wasn’t always as easy as Perry Ellis, a McDonald’s All-American from Wichita, has made it look lately. For stretches during his freshman season, he looked lost, not unlike current freshman forward Carlton Bragg Jr. By Tom Keegan