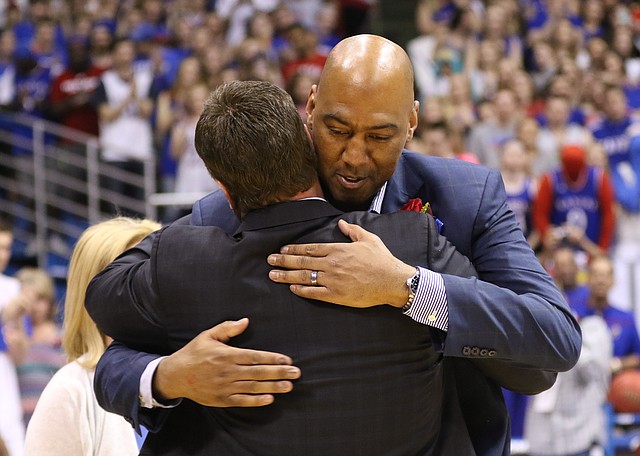 Former Kansas great, Wake Forest head coach and father of Kansas senior Evan Manning, Danny Manning gives a hug to Bill Self as he and his family are introduced on Saturday, March 5, 2016 at Allen Fieldhouse.

Although he would prefer for his team to be traveling there with him, Kansas basketball coach Bill Self will be in Arizona this weekend, when he will find out if he will be included in the Class of 2017 for the Naismith Memorial Basketball Hall of Fame. During the past several days, in a series examining Self’s path to the Hall of Fame, the Journal-World explored a few of those qualities with some of the people who know him best. By Matt Tait