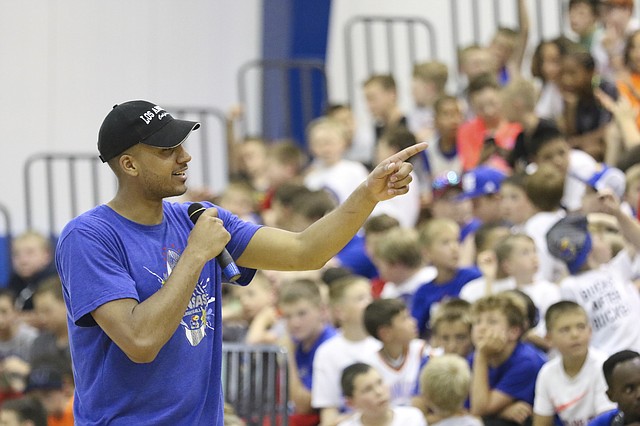 Through a co-initiative with his mother, Shelley, former KU center Landen Lucas has created the Landen Lucas Foundation – Sports for Life Fund, which, in both Lawrence and his hometown of Portland, will provide scholarships and financial support for young athletes who may not otherwise be able to participate. By Matt Tait

Kansas forward Landen Lucas on Wednesday was nominated for the 2017 Allstate NABC Good Works Team by the National Association of Basketball Coaches.

Mario Little, a 28-year-old success story from the mean streets of Chicago’s Far South Side, bleeds emotionally for his city — one infested with violence to the tune of six deaths and 58 others wounded in shootings over Memorial Day weekend. By Gary Bedore