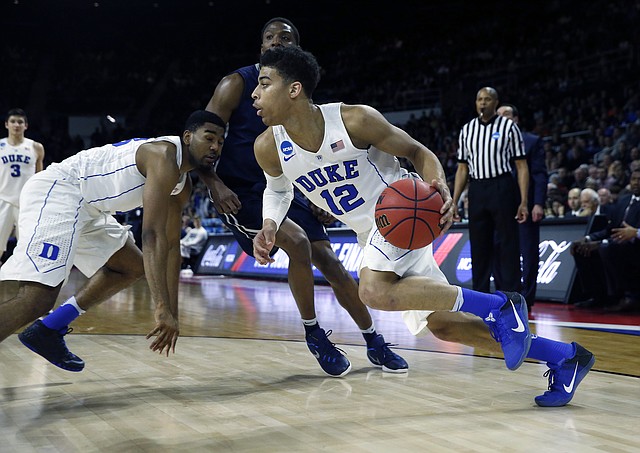 Duke's Derryck Thornton (12) drives for the basket during the second half against Yale in the second round of the NCAA men's college basketball tournament in Providence, R.I., Saturday, March 19, 2016. Duke won 71-64. (AP Photo/Michael Dwyer)

Former Duke point guard to sit out season, be eligible in games in 2017-18

Derryck Thornton has chosen USC as his transfer destination.