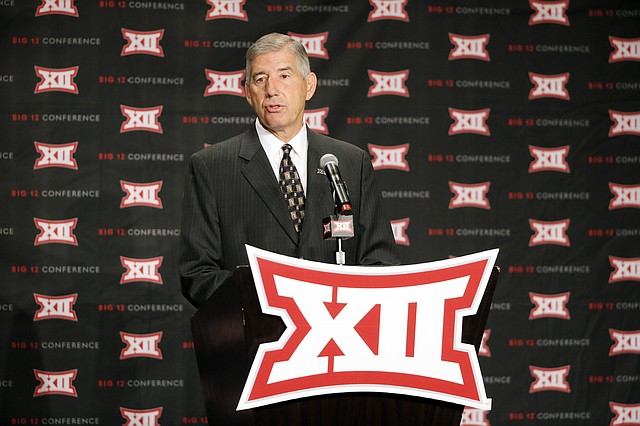 Bowlsby: Big 12 has 'clarity' but not 'certainty' about plan to play football

Big 12 commissioner Bob Bowlsby didn’t claim to have a better understanding of the future than other college athletics administrators Wednesday, while explaining why the Big 12 swerved around the Big Ten and Pac-12’s decisions and stayed on the road toward a college football season.

For the second time this summer, the Big 12 Conference has canceled its virtual media day for the 2020 football season. By Matt Tait

Those working to get college sports up and running have been hoping the return of professional sports would provide valuable information that could aid their efforts to play through a pandemic. A COVID-19 outbreak for a Major League Baseball team three days into its season forced two games to be postponed Monday and brought a glimpse of how difficult the task will be.

When Big 12 commissioner Bob Bowlsby got off the plane in Lawrence, he was greeted by a group of local reporters. Bowlsby, of course, knew he was not the reason for this welcoming party at the Lawrence Municipal Airport. It marked the second time that reporters were at the airport regarding the coaching search since Kansas Athletic Director Jeff Long announced that David Beaty would not be the head football coach following the conclusion of the 2018 season.

The Big 12 is accepting resumes from expansion candidates.