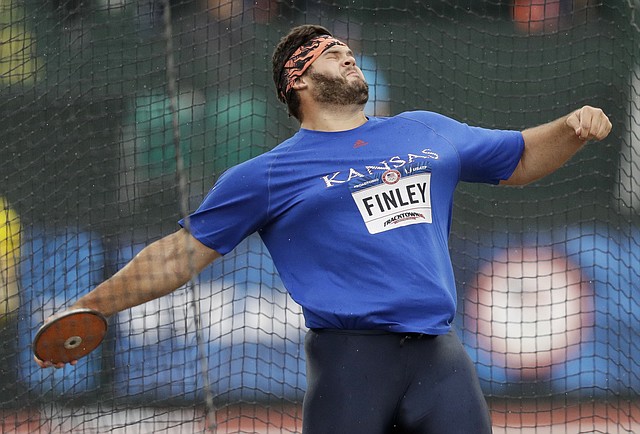 Friday morning, inside Olympic Stadium in Rio De Janeiro, Brazil, former Kansas thrower Mason Finley delivered a monster throw of 63.68 meters (208 feet, 11 inches) on his final throw of the qualifying round to earn a spot in Saturday's finals.

Mason Finley, an eight-time All-American while at Kansas from 2010-12, won the discus championship Friday afternoon at the U.S. Olympic Team Trials at Hayward Field.