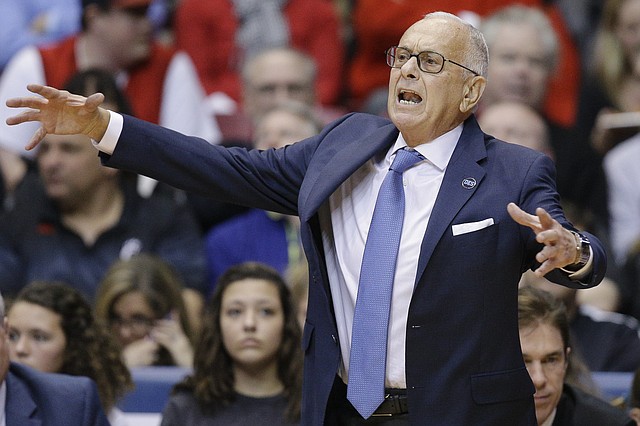 FILE - In this March 6, 2016, file photo, SMU head coach Larry Brown works the sideline during the first half of an NCAA college basketball game against Cincinnati, in Cincinnati. Larry Brown says he is resigning as SMU's basketball coach, ending a four-year run during which the Mustangs made the NCAA Tournament for the first time since 1993 and then were banned from postseason play last season. (AP Photo/John Minchillo, File)

Well traveled basketball coach Larry Brown led SMU to at least 25 wins in each of the past three seasons, but won’t be back for a fifth year with the Mustangs.