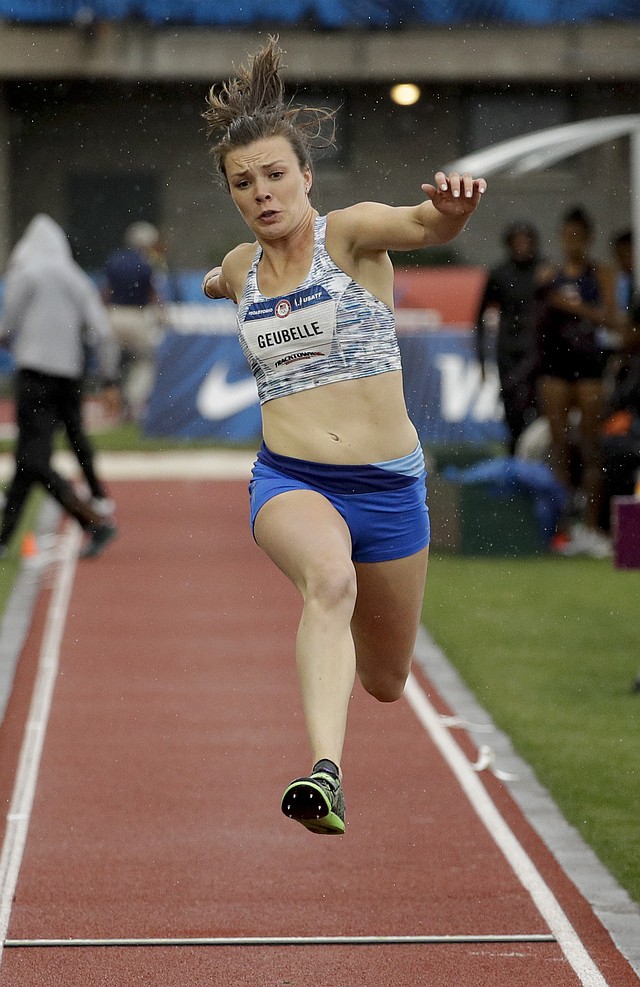 Kansas University product Andrea Geubelle, a three-time NCAA champion for KU from 2010-13, qualified for the Rio Olympics by placing third in the triple jump at the U.S. Trials on Thursday night at Hayward Field.