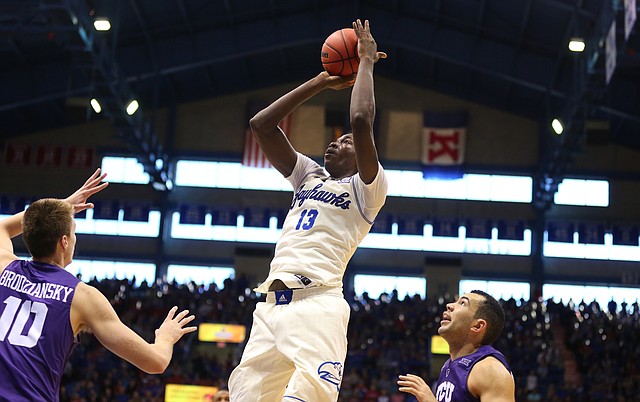 At this time he's not hiring an agent

Cheick Diallo will enter his name in the NBA Draft, Bill Self confirmed to the Journal-World on Monday. By Gary Bedore

Cheick Diallo — who is hoping to have a long NBA career like the great Wilt Chamberlain — didn’t choose his college jersey number as some sort of tribute to Kansas University’s most accomplished No. 13, the freshman forward revealed after scoring nine points, grabbing nine rebounds and blocking five shots in the Jayhawks’ 70-63 win over TCU on Saturday in Allen Fieldhouse. By Gary Bedore