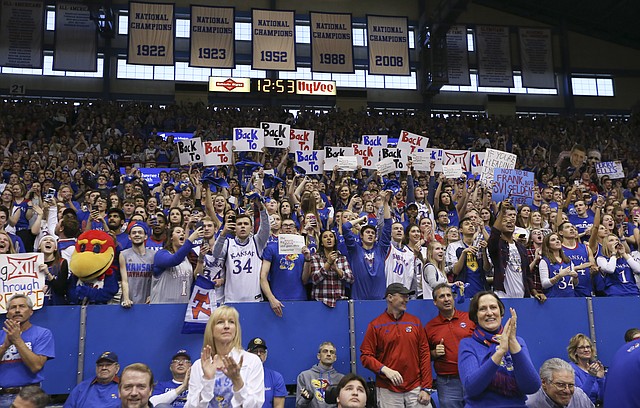 Allen Fieldhouse, long considered one of the best venues in all of sports, is currently in the running for the title "college basketball's most difficult venue," as determined by a series of college hoops polls on ESPN.com. By Matt Tait

On paper at least, barring a major, major upset, Kansas University will earn at least a share of the Big 12 basketball title for a remarkable 13th consecutive season. By Tom Keegan

Twelve it is. Thanks to Saturday’s convincing 67-58 victory over Texas Tech (the second hottest team in the Big 12 during the past few weeks), the Kansas University men’s basketball team clinched at least a share of the Big 12 regular season title for the 12th year in a row. By Matt Tait