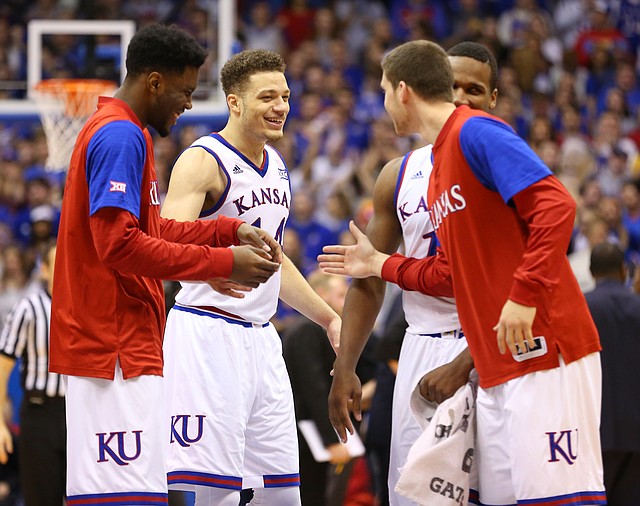 Former Kansas University guard Brannen Greene will play NBA summer league for the Memphis Grizzlies, while forward Jamari Traylor will compete for the Indiana Pacers, it was revealed Tuesday.

A driver for a ride-sharing service, who lives in Yonkers, N.Y., says he would not be alive today if not for former Kansas University basketball player Brannen Greene.

Brannen Greene looked as if he enjoyed the view Tuesday night from 20-plus feet outside the rim in Allen Fieldhouse so much better than the vantage point from the coach’s doghouse, where he has been sent multiple times in his career. By Tom Keegan