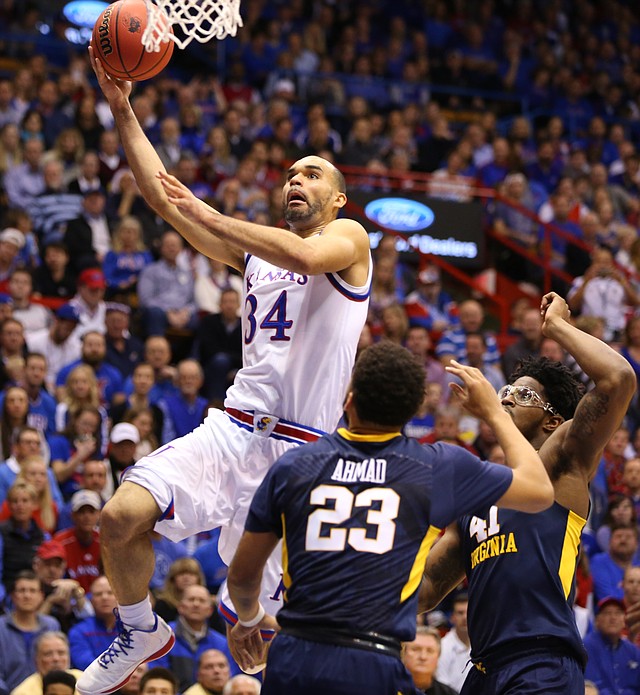 Kansas forward Perry Ellis (34) gets in for a bucket past West Virginia forward Elijah Macon (45) and forward Esa Ahmad (23) during the first half, Tuesday, Jan. 9, 2016 at Allen Fieldhouse.

Perry Ellis both consistent and efficient in scoring department