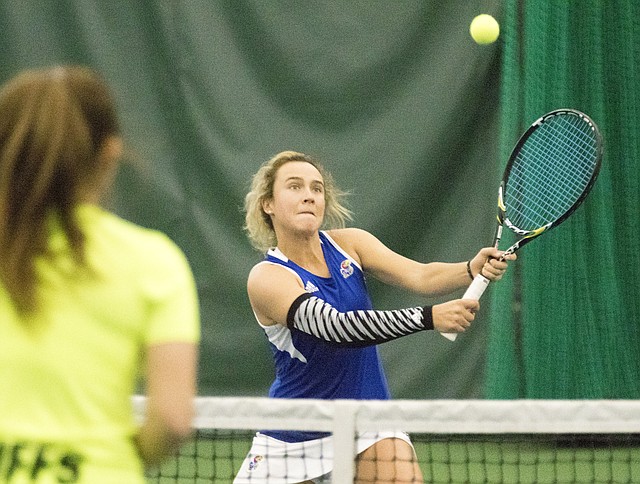 Kansas freshman Janet Koch hits a return volley during her number one doubles match against Colorado Sunday afternoon at the Jayhawk Tennis Center.