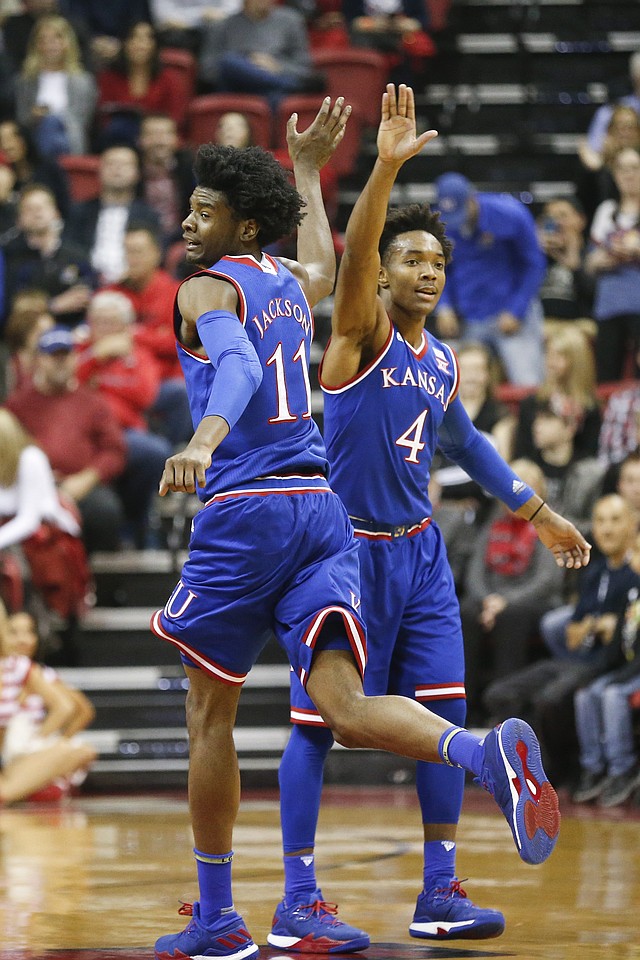 Kansas basketball coach Bill Self never has talked much about a love of comic books, but he dropped a doozy of a comic reference earlier this week when describing the play of junior Devonte’ Graham. By Matt Tait

A look at some of the keys for third-ranked Kansas in Saturday's Big 12 showdown with Texas Tech at Allen Fieldhouse.By Matt Tait

In a city known for hosting world-class shows, Kansas freshman Josh Jackson put on one of his own during a dominant first half that led the third-ranked Jayhawks to a 71-53, run-away victory over the UNLV Runnin’ Rebels on Thursday night at Thomas and Mack Center.