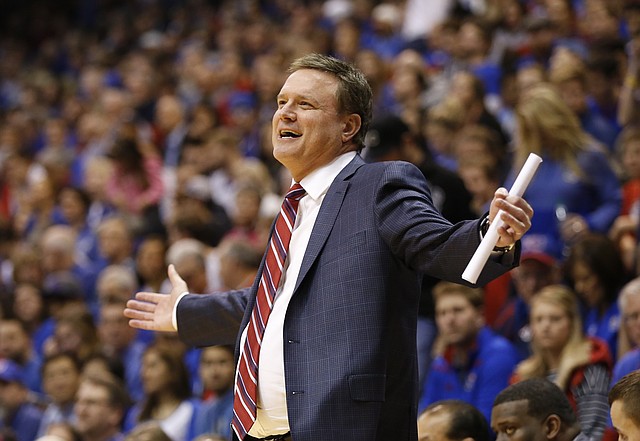 Kansas head coach Bill Self smiles as he barbs an official during the second half, Tuesday, Dec. 6, 2016 at Allen Fieldhouse.

Bill Self on Border War: 'Nothing's changed in my regard'

Although he showed up to discuss his team’s upcoming summer trip to Italy, Kansas basketball coach Bill Self couldn’t get through a media session Tuesday afternoon without the subject of the currently dead Border War coming up. By Benton Smith

According to former University of Missouri chancellor R. Bowen Loftin, one man has stood in the way of the Tigers renewing their Border War rivalry with the University of Kansas: Bill Self. By Matt Tait

Self named Naismith Coach of the Year finalist

Kansas coach Bill Self on Thursday was named a finalist for the annual Werner Ladder Naismith Men's College Coach of the Year award. By Matt Tait