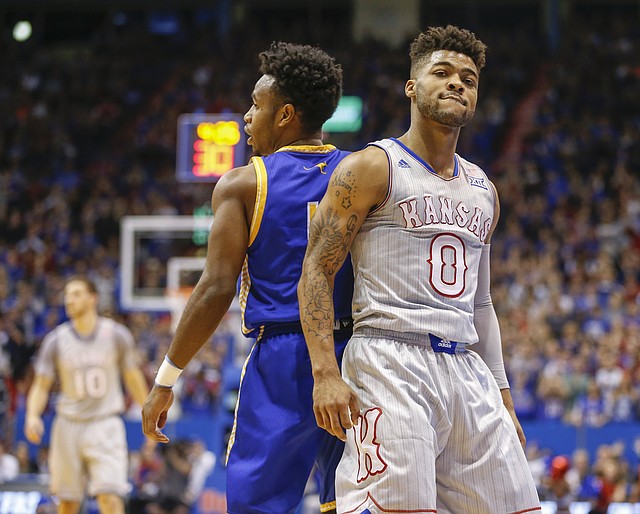 Kansas guard Frank Mason III (0) looks back to the cameras after hitting a three over UMKC guard Dashawn King (1) during the first half, Tuesday, Dec. 6, 2016 at Allen Fieldhouse.

Kansas guard Frank Mason III earned Big 12 Player of the Week honors for the second time this season after averaging 24 points per game in a pair of home victories over UMKC and Nebraska last week. By Matt Tait