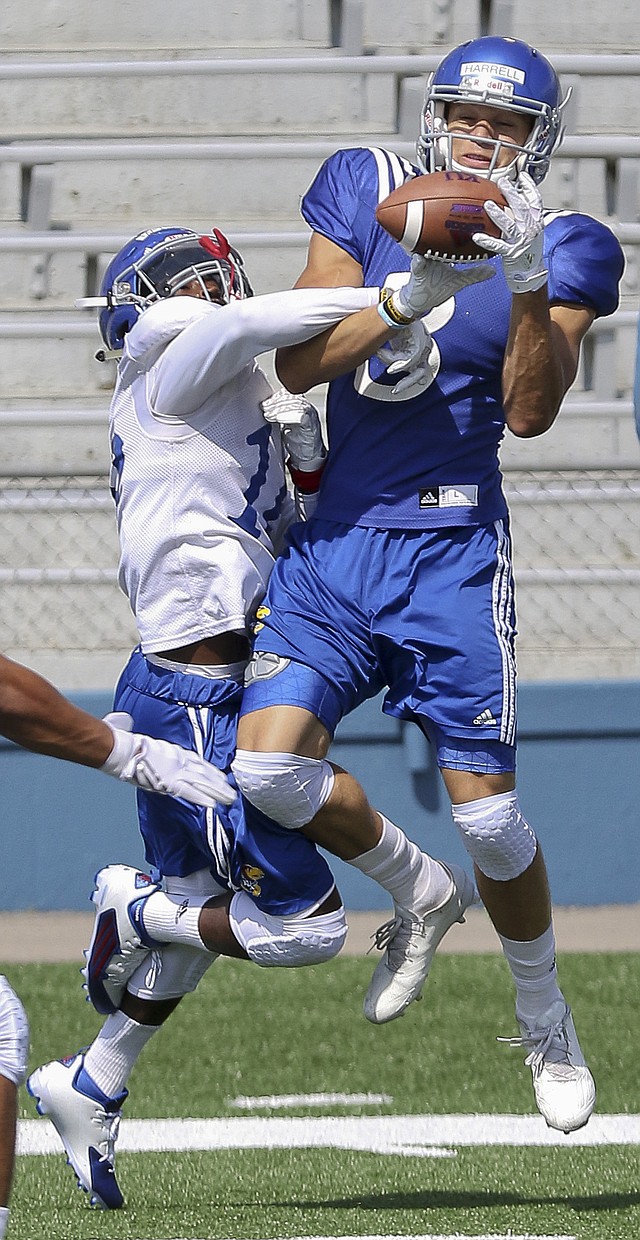 The 2017 Kansas football season is still four months away. And no one working inside Anderson Family Football Complex is happier about that length of time than cornerbacks coach Kenny Perry. Charged with training the least experienced unit in the program this spring, saying the co-defensive coordinator had a lot to tackle, Perry will tell you, is an understatement. By Benton Smith

When head coach David Beaty and his assistants met ahead of spring football to discuss the areas where they needed to identify players who can help Kansas in 2017, it wasn’t hard to spot the position with the biggest question marks: cornerback. By Benton Smith

As much as assistant Kenny Perry loves seeing KU’s secondary expand its depth, this month at preseason practices the fiery coach also has enjoyed spotting the improvements on the opposite side of the ball. By Benton Smith