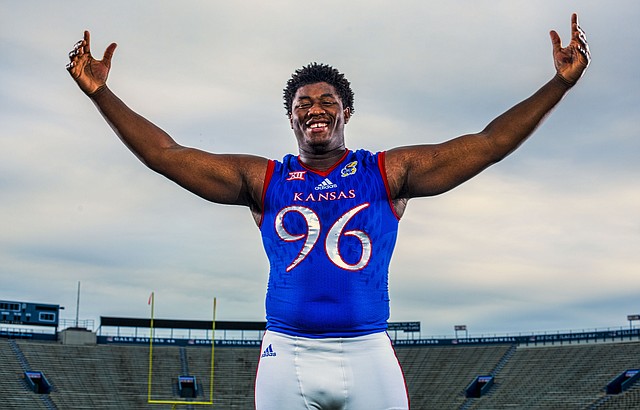 The potential recruiting benefits for the University of Kansas to having Rock Chalk Park jammed with AAU games being played on eight different courts in the same building are obvious.

The 2-10 overall record, one Big 12 victory and average Memorial Stadium crowd of 25,828 might have made it less than obvious to perceive in 2016, but the Kansas football team gave second-year head coach David Beaty and his staff numerous reasons to feel upbeat about the program’s future. By Benton Smith

Kansas defensive tackle Daniel Wise doesn’t need any encouragement to enjoy himself. His KU football teammates know the lineman as much for his comedic outbursts as his sturdy, 6-foot-3 frame. But coaches say his growth and maturity since arriving in Lawrence have made him a better player. By Benton Smith