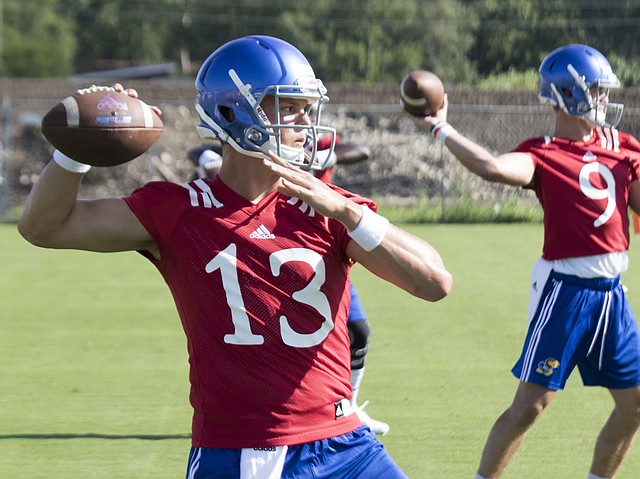 The ongoing preseason camp battle for the job of starting quarterback at Kansas might not be over, but head coach David Beaty indicated Monday an early leader has emerged. By Benton Smith