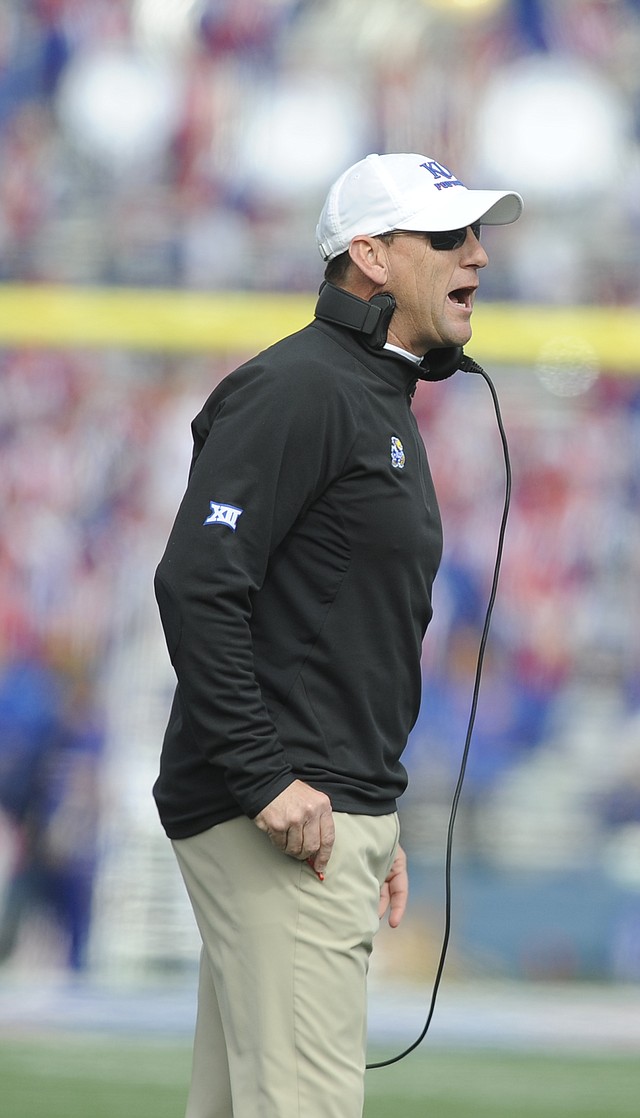 Kansas head coach David Beaty gives some instruction to his players during the third quarter on Saturday, Oct. 17, 2015 at Memorial Stadium.

Monday marked the start of the second incarnation of a recruiting phenomenon known as the Kansas Blast for the Kansas University football program.

Kansas University coach David Beaty on Sunday confirmed the hiring of former Rice defensive line coach Michael Slater, who will join the Jayhawks for the 2016 season and replace Calvin Thibodeaux, who recently left for Oklahoma. By Matt Tait

Never one to get too involved with any of the sports he oversees, Kansas University athletic director Sheahon Zenger told the Journal-World on Friday he was not worried about the recent rash of departures from second-year football coach David Beaty’s staff. By Matt Tait

As Kansas University football coach David Beaty alluded to on more than one occasion Monday morning during his turn on the Big 12’s weekly media conference call, all the Jayhawks have left in front of them is a “one-game season.” By Benton Smith

One of the most difficult things for college football coaches to do year in and year out is to find ways to spend time with their families during the grind of the season that keeps their attention from sun up well past sundown.