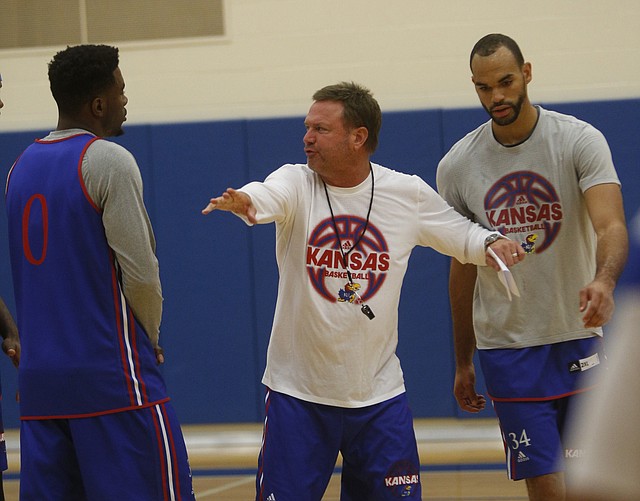 Kansas coach Bill Self, center, runs through a play with Jamari Traylor, left, and Perry Ellis.

Self hosts coaches at annual clinic

Sean Pearson, who played small forward at Kansas University from 1993 to ’96, returned to campus Friday and Saturday to watch a pair of practices and listen to a plethora of speakers at Bill Self’s coaches clinic. By Gary Bedore

Bill Self is the only Big 12 basketball coach who did not pick Kansas University to win its 12th-straight conference title in the league’s preseason poll. By Gary Bedore